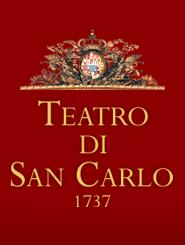 Opéra-lyrique in three act by Eugčne Cormon and Michel Carré

Language: Sung in French with Italian and English surtitles
Running time: about 2 hours and 35 minutes, including one interval

Bizet was not even 25 when the Theater Lyrique in Paris produced his first important opera. It was warmly welcomed by the audience but soon forgotten and it was only recognized as a masterpiece after his death. Les pęcheurs de perles is a manifesto of exoticism, which was very fashionable in Europe, especially in colonial France also thanks to the travelers tales. The story is set on the island of Ceylon, amongst the pearl fishers from the opera title and is about the powerful friendship of two men that wins over jealousy and about a veiled maiden consecrated against her will to the temple who chooses love. There are mysterious rites and purifying fires and we are surrounded by enchanted melodies and waves from the orchestra that evoke distant seas and thrill of the unknown.